Oz Weather HD for iPad has just had an update approved by Apple (4 days waiting for review, 3 days in review). [iTunes link]

The app reached #2 ranking in the Australian app store for paid iPad apps for two days last week. Since then it has drifted down to about #8. But I suspect that all we need is a really good dose of “bad” weather in a few capital cities to send it back up. 😉

The enhancements are mainly things that will appeal to “high-end” users ie. weather geeks like myself.

Firstly the weather warnings have now all been color coded, so that important and relevant warnings stand out much more clearly than before. Typically most warnings are for coastal and ocean winds, which are only relevant to sailors and coastal dwellers. These marine are now shown in blue, whereas those relevant to land are shown in yellow, or red for severe warnings, storms and cyclones. 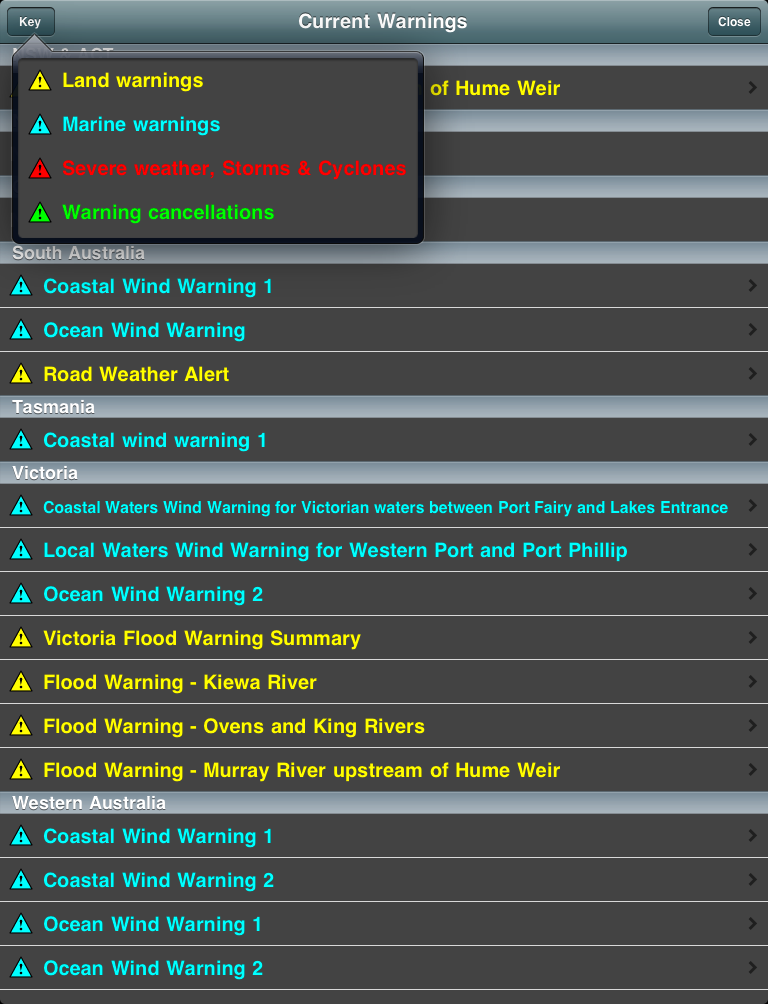 Secondly the Local Stations map view now has a new “Synoptic” view which shows traditional station wind arrows indicating wind direction and speed, as well as temperature and humidity where those data items are available. This really helps to get a sense of what winds are doing in the local area – especially helpful for people who do water-based sports, for example. 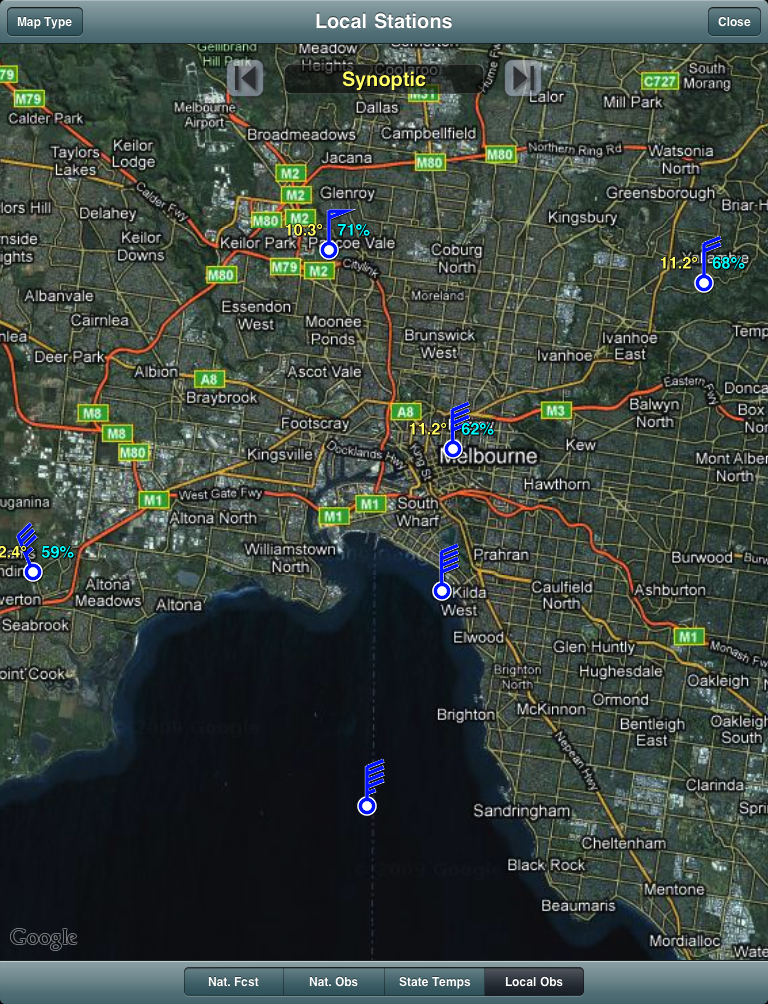 Thirdly there is a new “State Temperatures” map view. Although it is intended mainly for viewing the latest regional or state temperatures, in fact it displays all recent temperatures around Australia as a whole. The temperature labels are color-coded by temperature on a sliding scale, so wide-scale temperature patterns are easily visible at a glance. Check out the chilly alpine weather in the following screen-shot showing Melbourne, eastern Victoria and southern NSW (10:30am, 18th July 2010)! 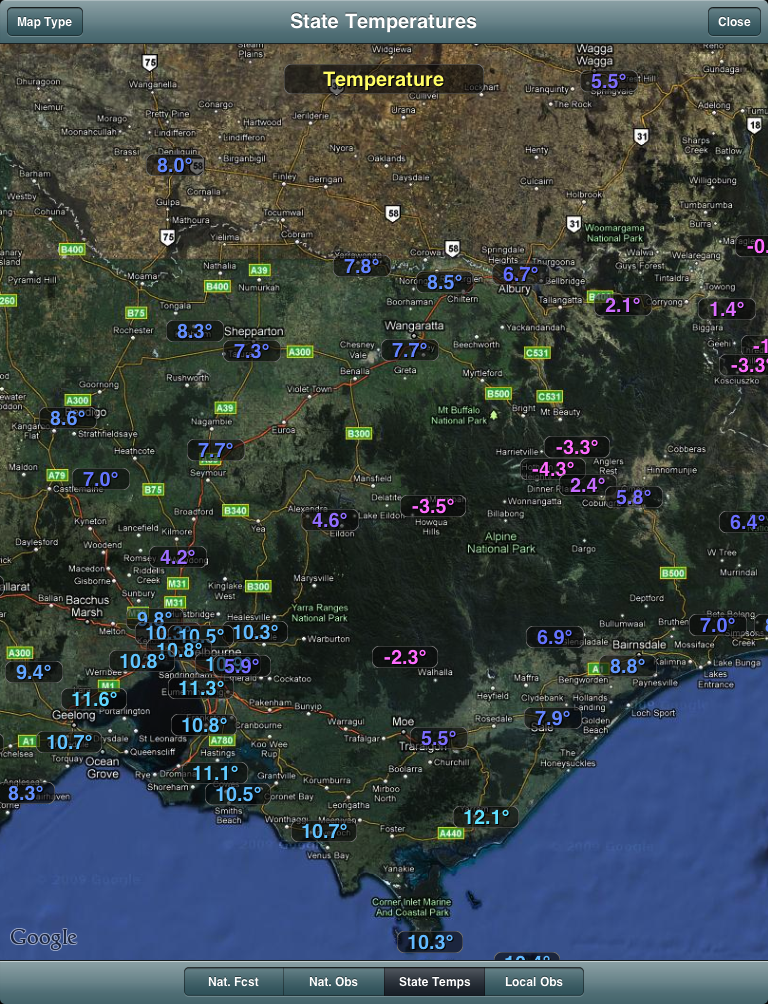 Oz Weather HD is an iPad only version of Oz Weather. I’m delighted to announce its approval and release by Apple today, after an impatient 8 day waiting period.

It contains all of Oz Weather’s features including the pro level ones, in a much more accessible way than is possible on the iPhone’s limited screen size. The larger screen size has also made it possible to present many of those features more attractively than on the iPhone as well.

This app has been a long time coming – I would have liked to get it out there much sooner, but was earlier pre-occupied with updating other apps (Sun Seeker and See Breeze) to work as universal binaries (ie. on iPhone and iPad), not to mention also releasing a brand new iPhone app called Moon Seeker, which is a lunar calendar, compass, and augmented reality position finder.

After much agonizing over the design of Oz Weather HD, and several false starts, I’m really pleased with the way it has finally turned out. My criterion for a good design is one that I get a warm feeling every time I run the app and this is certainly true of this one. I can only hope that lots of others get the same buzz out of it! The crux of this design is the inclusion of some of my favourite cloud & weather photos as backdrops. 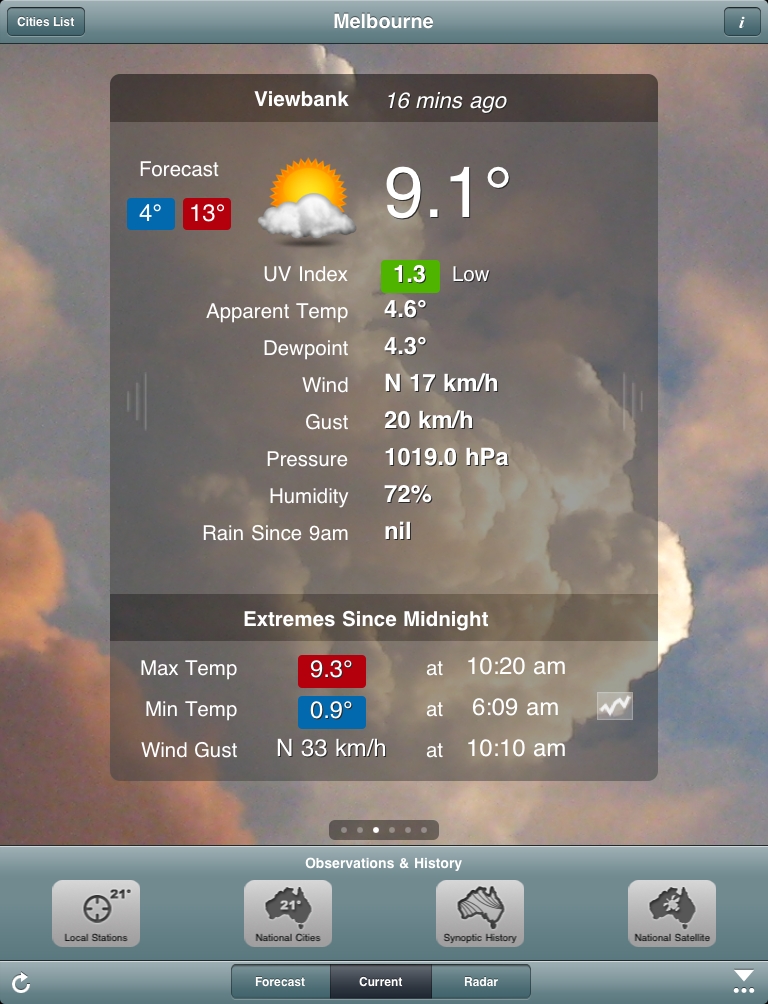 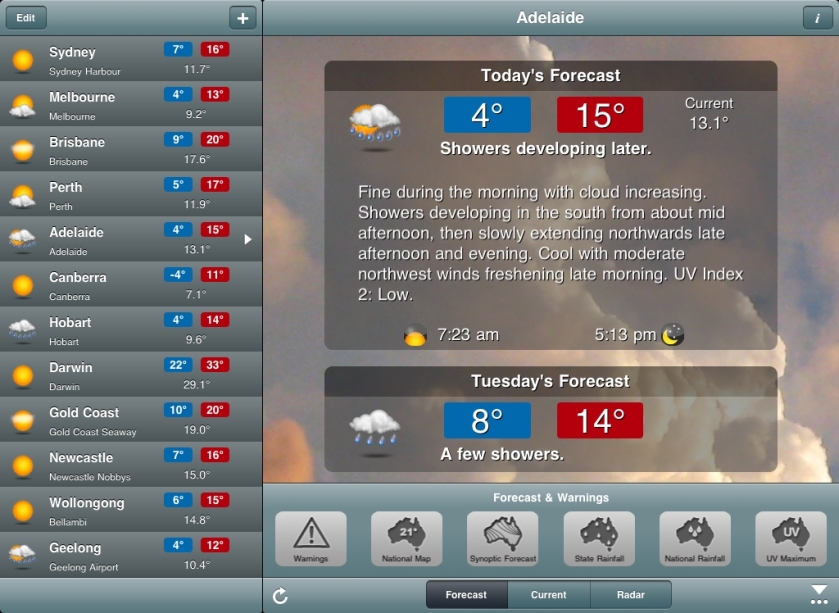 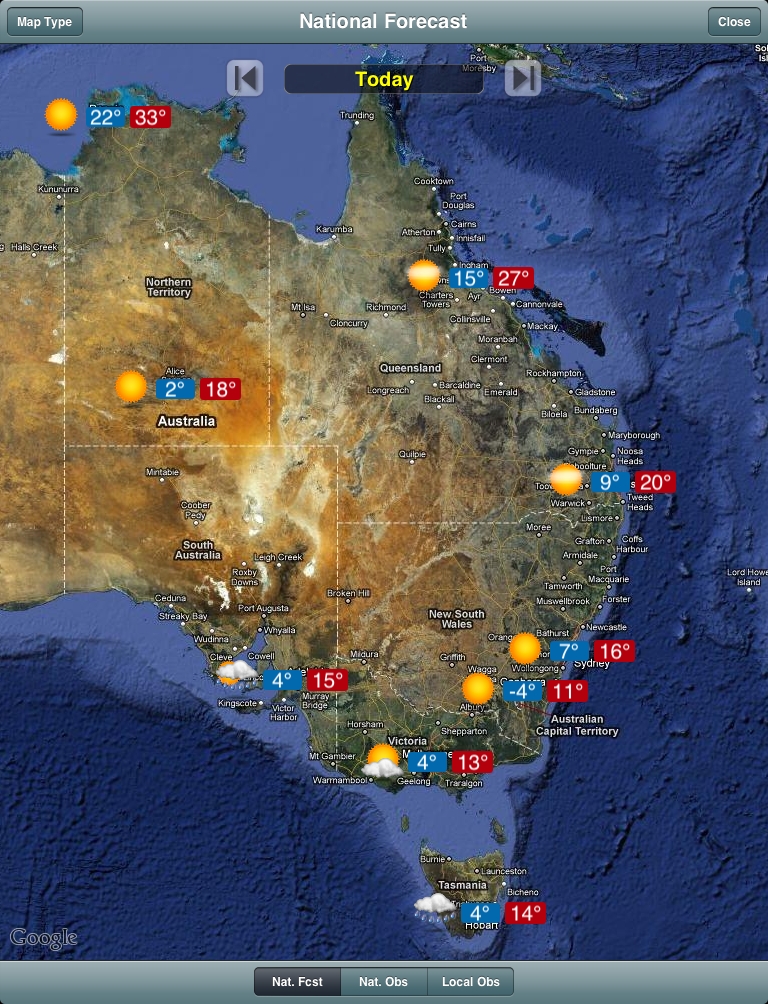